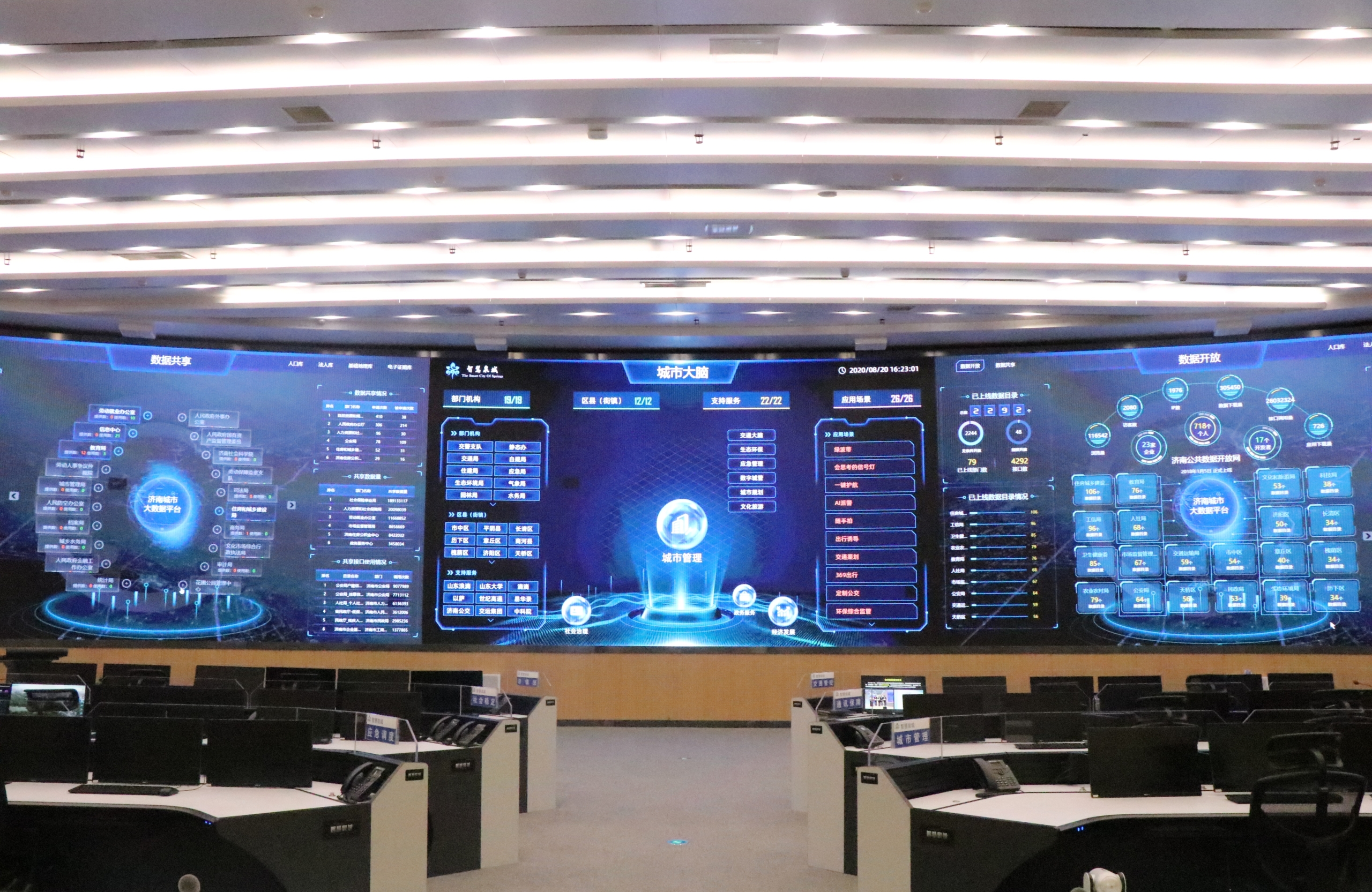 © Department of Industry and Information Technology of City Jinan

I. The Brief Induction of Smart Jinan, City of Springs

Adhering to the fundamental concept and vision of “Better Intelligence, Better City ”, Jinan endeavors to build itself a well-known smart city nationwide. It was rewarded with “Industry Digital Transformation Award” and released the first international standard for smart city worldwide. With its role transformed from “Chinese model” to “world sample”, Smart Jinan enjoys more recognition and reputation.

Jinan decided its target in the construction of the new-typed smart city, the overall structure, basic principles and the schedule for its promotion in 2018. Based on previous outcomes of the new-typed smart city in Jinan, we have accelerated the fundamental supporting system of “City Brain” and improved the empowerment system in 4 smart applications including urban life, government service, city operation and industrial development to build a pioneering digital city.

Improve Network Construction and Build Internet of Things. We deployed 5G network ahead of time, and promote fusion applications of 5G. There were 11,000 newly-built 5G base station facilities in 2020 and 17,000 in total, achieving the continuous coverage of 5G network in downtown area. On the basis of improving the network, we built IoT and provided effective management of urban resources in the following aspects: urban equipment management, data collection and transmission, and security guarantee.

Enhance the Integration of Information. We created the “City Brain” of smart Jinan relied on the operation and management center of Smart Jinan. By the end of 2020, there were 124 systems accessible in “City Brain”, achieving a centralized display of 84 applications, such as “One-stop for all”

We promoted the online governmental service with continuous efforts and enhanced the app named “Service in Jinan” for governmental service. There has been already over 900 service applications by the end of 2020. The construction approval management system in Jinan opened up 35 business channels and the land transfer project was finished within 1 working day with all 4 certificates (Land Use Permit, Project Permit, Construction Permit, Real Estate Ownership Certificate) are issued. The enterprise application form reduced by nearly 95% and the application materials decreased by 70%. The official Wechat platform of Jinan Public Security fully integrated 16 online service platforms of public security units, and electronic information, such as ID card and driver’s licenses, were embedded, realizing one-stop settlement of 91 public security services in 9 categories.

We built Jinan Smart Transportation. Through the integration of the number of floating car tracks and the data of road traffic checkpoint, we launched the special service on “Travel in Jinan Plus” app to realize the guidance of the transportation in Jinan. Based on the integrated analysis of the data, such as accidents and weather, we accomplished the management system with comprehensive management, public security and major supervision. Since the “Traffic Brain” was launched, 906 intersections had been transformed while 1252 signal timing was optimized relied on “Brain” data analysis, and the vehicle travel time had been reduced by 8.5% while the parking time had been reduced by 1.8 time. The first Road Imbalance Index（DII）was created to provide traffic management and road planning, offering tide analysis and data monitoring for traffic management and planning.

Jinan has been focusing on the application of public security video surveillance networking to enhance the mass public security prevention and control projects since 2018, which has produced remarkable results. The platform will forward all 90,000 fixed video surveillance to the provincial headquarters until the end of 2020. We have strengthened the “Brain” of smart public security and improved the supporting system of data resources to boost the ability of forecasting, early warning and dynamic management and control comprehensively, and promoted the online sharing of public security dynamic data to form an online social governance working mechanism. We have already implemented the services for smart city applications, such as the following process “monitoring+analysis+urban management”.

We have initiated the first cloud platform in China for enterprises named “Jiqitong”, which realized the one-stop connection of enterprise-related services. As the end of 2020, there have been more than 400 professional service organizations, providing nearly 900 professional services in 9 categories on this platform. The “Supply and Demand” platform of industrial product with nearly 1,000 settled enterprises released and promoted over 4,000 categories of high-quality products in Jinan, which has truly facilitated the development of enterprises. “iCity” has launched more than 130 application services to serve our citizens with over 5.8 million users registered. During the pandemic, “iCtiy” platform connected “Health Code in Shandong” with the utilization of advanced technologies such as big data and blockchain. And its accumulated using times reached 32 million in March, the same month as it was launched. The anti-pandemic registration and investigation system was established with 23,000 staffs collected the information of 8 million population within 7 days. The registration system for the resumption of work and production during the pandemic was launched as well, covering over 110,000 enterprises. The first “Digital Finance and Loan Link” was initiated to offer online credit loans for small, medium and micro enterprises. It has accumulated to have provide 31.7 billion RMB Yuan for 238,000 small, medium and micro enterprises, together with individual households, which gained the compliment from Premier Li Keqiang.